ORLANDO, FL – Researchers identified nearly 80 significantly mutated genes in prostate cancer, including many novel genes and pathways not previously associated with the disease, according to a presentation at the 2017 Genitourinary Cancers Symposium.1

The novel prostate cancer genes implicated in other tumor types include: SPEN, SETD2, ARID1A, CUL3, ARID2, SMARCAD1, and U2AF1. In addition, 14% of tumors harbored alterations in members of the ubiquitin pathway, where novel mutations in CUL3 were mutually exclusive with SPOP mutations.

“SPEN is a novel prostate cancer gene that was found in 10% of the 918 total tumors,” noted Dr Armenia.

RELATED: Immunotherapy and the Future of Prostate Cancer Treatment

These findings, which refined the map of somatic mutations in prostate cancer, may inform patient stratification and translational research. 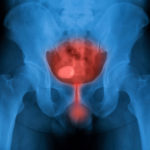