A higher overall number of genetic alterations in cell-free circulating tumor DNA (ctDNA) were associated with worse treatment outcomes in patients with metastatic castration-resistant prostate cancer (mCRPC), according to a study that will be presented at the 2017 Genitourinary Cancers Symposium.1

Because cell-free ctDNA, tumor DNA that circulates freely in patients’ bloodstreams, may play a prognostic role and evolve during therapy, researchers sought to profile the ctDNA of patients with mCRPC and evaluate their association with clinical outcomes and evolution of therapy.

The most common genes with increased copy numbers, which can lead to an overabundance of proteins that drive cancer growth, were AR (30%), MYC (20%) and BRAF (18%).

Among the 163 patients evaluated for associations between gene alterations and outcomes, 28.8% had not received treatment for mCRPC. Investigators found that a higher number of ctDNA alterations, including AR alterations, was associated with significantly shorter time-to-treatment failure (hazard ratio [HR], 1.05; P = .026).

“This circulating tumor DNA test is now a valuable research tool to discover new molecular targets,” lead study author Guru Sonpavde, MD, an associate professor of medicine at the University of Alabama in Birmingham, AL, said in a press release. “Eventually, it may also serve as a non-invasive alternative to the traditional tumor biopsy in cases where tissue biopsy is not safe or feasible.”

Further controlled, prospective clinical trials are needed to confirm whether selecting treatment based on the molecular information provided by this blood test improves clinical outcomes. 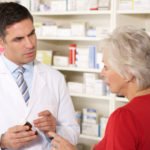