Patients with renal cell carcinoma (RCC) have different clinical presentations, extent of disease, and germline and somatic alterations on the basis of genetic ancestry, according to research presented at IKCS North America 2022.

The groups differed in their rate of distant metastasis, which was highest among the East Asian (45%) and African (40%) cohorts compared with the other groups (range, 28%-29%).

Overall, 17% of patients had germline alterations. The rate of germline mutations was highest for individuals with African ancestry (23%), but only FH and BAP1 alterations were observed in this cohort.

“We see differences, particularly in clinical presentation, histology, IMDC risk distribution, and extensive disease at the time of presentation. There should be a strong initiative to improve research in underrepresented groups.” 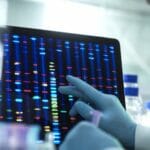