MIAMI—There are differing opinions on whether renal mass biopsy should be used for patients with small renal masses, both sides of the argument were highlighted in a debate at the 14th International Kidney Cancer Symposium (IKCS).1

Although some may argue that renal mass biopsy is unnecessary because it is understood that the mass is a kidney tumor, studies have shown that up to 25% of small renal masses are benign, and most benign tumors do not require treatment.

In response to those who would say renal mass biopsy would not change management of most small renal masses, Tony Finelli, MD, MSc, FRCSC, of the Department of Urology at Princess Margaret Cancer Centre in Toronto, Canada, argued that “Renal mass biopsy will change treatment.”

Renal mass biopsy is also safe, Dr. Finelli argued, explaining that major complications and transfusion occur in less than 0.1% of patients and seeding, though it does occur, is incredibly rare. In addition, renal mass biopsy has a 90% diagnostic rate.

On the other hand, Bradley C. Leibovich, MD, FACS, of the Department of Urology at Mayo Clinic in Rochester, MN, argued that “renal mass biopsy should be used sparingly.”

According to Dr. Leibovich, one compelling reason not to use renal mass biopsy for the management of small renal masses is that it cannot reliably determine tumor grade. Furthermore, tumor biopsy will never be able to completely predict the tumor-host interaction.

Dr. Leibovich argued that active surveillance should be used instead, as delayed intervention does not result in stage progression, change in treatment selection, or lymph node-positive or metastatic disease.

Dr. Leibovich also presented his algorithm for managing small renal masses. In a patient with a typical solid enhancing small renal mass who is a candidate for and will accept active surveillance, Dr. Leibovich would reimage in 3 months. If the patient was not a candidate for active surveillance, he would excise and ablate the tumor. If the patient is actively watched and there is no growth, he would reimage in 6 months, and if there is growth, he would excise and ablate. Patients are then reimaged annually if no growth is observed. If growth occurs, Dr. Leibovich would biopsy, excise, and ablate the tumor.

At the conclusion of the debate the audience voted and two-thirds felt Dr. Leibovich made the most compelling argument. 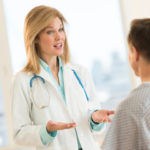