A reinduction regimen can elicit responses and enable long-term survival in children with relapsed medulloblastoma, according to a small, retrospective study.

Seven of 9 patients achieved a response after 2 cycles of treatment, and 3 patients remain alive and progression-free at 15 months to 80 months of follow-up.

Researchers reported these findings at the 20th International Symposium on Pediatric Neuro-Oncology (ISPNO).

The researchers conducted a retrospective chart review of 9 children (2 to 17 years of age) with relapsed medulloblastoma. Patients received 2 to 4 cycles of a 4-drug reinduction regimen.

Patients were evaluated after the second treatment cycle. If they achieved a partial response (PR), they could receive 2 additional cycles of the reinduction regimen. If they had no evidence of disease, the patients went on to consolidation with craniospinal irradiation or high-dose chemotherapy and stem cell rescue, with or without irradiation.

The overall response rate after 2 cycles was 78%. Two patients achieved a complete response and went on to consolidation.

Five patients had a PR after the first 2 cycles, and 2 of them went on to consolidation. The remaining 3 patients received 2 additional cycles. One patient had no evidence of disease after 4 cycles, and 2 achieved responses with minimal residual disease.

Two patients had stable disease (SD) after the first 2 cycles of reinduction. Both received 2 additional cycles. One still had SD and went on to consolidation. The other patient had progressive disease.

There were 3 patients who did not experience disease progression after consolidation. They are still alive with no evidence of disease at 15 months, 56 months, and 80 months of follow-up, respectively.

One patient died from toxicity related to consolidation, but the patient had no evidence of disease at the time of death.

Five patients experienced disease progression after consolidation. Two died of their disease, 2 are alive with disease and on treatment, and 1 is alive with no evidence of disease.

There were no deaths related to the reinduction regimen.

The researchers suggested that this regimen be considered in upcoming trials for patients with recurrent disease and for use before novel therapies that may be most effective in patients with no evidence of disease. 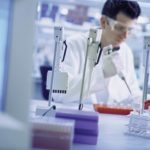