Because patients with midgut NETs are frequently diagnosed only after tumors are already at an advanced stage with “extensive mesenteric lymph node and liver metastases,” the coauthors noted, even “skillful surgical dissection” can leave behind residual tumor tissue.

“We hypothesized these potential tumor residuals in mesenteric lymph node dissection beds can be eliminated safely by a local application of 5-fluouracil,” they explained.

Reviewing charts for 62 consecutive patients with midgut NET “with boggy mesenteric lymphadenopathy” and who underwent cytoreductive debulking surgeries between 2007 and 2009, the coauthors identified 32 patients who underwent chemotherapy with intraoperative 5-FU-saturated gelfoam strips. Thirty untreated patients served as a control group, they reported.

The 5-year survival after surgery was 68.8% and 66.7% for the 5-FU chemotherapy-arm and control-arm participants, respectively. But only 18.8% of patients receiving chemotherapy required additional surgeries, compared to 53.3% of the control-group participants, the coauthors noted.

Locoregional recurrence was noted in 9 of 16 (56.3%) of control-arm participants, versus 2 of 6 (33.3%) of chemotherapy-arm participants. Postoperative complications occurred at a similar rate in both arms of the study, the coauthors reported.

“It provides patients with [a] sustained, slow releasing, high dose of 5-FU within the surgical bed with a negligible side effect profile,” the researchers concluded. The regimen reduced local recurrence rates and “decreased the need for re-operation.”

“Further study is required to evaluate its effect on long-term survival,” they cautioned. 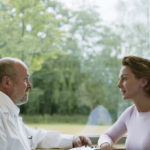