“We have identified a subgroup of older patients at sufficiently low risk of recurrence for whom omission of postoperative radiotherapy after breast-conserving surgery and adjuvant endocrine therapy is a reasonable option,” said Ian Kunkler, FRCR, of the Edinburgh Cancer Research Center in the University of Edinburgh in Edinburgh, Scotland.

Although more than 50% of patients with early breast cancer present at the age of 65 years or older, evidence of the role of postoperative radiotherapy after breast-conserving surgery is sparse, he said. The aim of this study was to assess the impact on local control of the omission of radiotherapy in “low-risk” older patients. 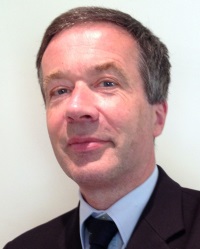 “Although radiotherapy reduces ipsilateral breast tumor recurrence, the absolute reduction is very small (2.4%),” Dr. Kunkler reported. Among estrogen-receptor rich patients, the difference is 3.2% without radiotherapy versus 0.8% with radiotherapy (P = 0.003).

These results “are likely to lead to the consideration of omission of postoperative radiotherapy in patients meeting the eligibility criteria for the trial,” Dr. Kunkler concluded, adding they certainly warrant a discussion between physician and patient whether the modest benefit shown with radiotherapy is worth the risk.

Radiotherapy should not be omitted in patients with estrogen-receptor poor, high-grade tumors, where risk of recurrence is relatively high.