However, an exploratory analysis of study data suggested a “favorable lifestyle influence on survival in hormone receptor–negative subgroups and during active intervention,” Dr. Chlebowski noted. Dietary fat reduction interventions were associated with improved survival among women with ER-negative, and ER- and PR-negative, tumors.

Following preclinical and observational studies in the 1980s that suggested dietary fat intake may affect breast cancer treatment outcomes, such as differences in stage-specific breast cancer survival and diet between patients living in Japan and the United Kingdom, the WINS was initiated in 1994.

Eligibility criteria included dietary fat representing more than 20% of calories prior to the study.

Between 1994 and 2001, the researchers enrolled a total of 2,437 women diagnosed with early breast cancer at age 48 to 79 years. Participants were randomly assigned to receive primary surgery with or without radiotherapy, and systemic therapy (tamoxifen and chemotherapy for women with ER+ tumors; chemotherapy for women with ER-negative tumors), with (975 patients) or without (1,462 patients) dietary fat reduction.

At baseline, control-arm participants’ mean fat consumption represented 29.2% of calories consumed, compared with 29.6% of calories from dietary fat among women in the intervention arm.

However, at a median followup of 15 years, new mortality and survival rates were calculated using National Death Registry-confirmed mortality data. The death rate for control and dietary intervention-arm participants were 17% vs. 13.6% but that difference did not reach statistical significance (n=250 deaths vs. 133 deaths, respectively; overall survival [OS] hazard ratio [HR]: 0.94; 95% confidence interval [CI}: 0.76,1.2, not significant).

Importantly, however, among intervention-arm participants with ER-negative breast tumors (748 patients), survival rates diverged from control-group rates after year 5, such that cumulative HRs for death for this subgroup was significantly improved for years 1 through 10, 1 through 15 and 1 through 20 (P<0.046; cumulative 20-year HR: 0.64; 95% CI: 0.41,0.99).

The study was funded by the National Cancer Institute and the American Institute for Cancer Research. 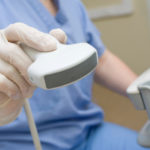