Research has shown that that women who were initially ineligible for breast conservation surgery became eligible after neoadjuvant endocrine therapy with tamoxifen or aromatase inhibitors like letrozole, she said, noting that the aromatase inhibitors appear to be equivalent to one another in this regard.

“Neoadjuvant endocrine therapy has become a standard approach in clinical practice to improve the chances of breast conservation in postmenopausal women with locally advanced estrogen receptor positive breast cancer, based on results from several neoadjuvant endocrine trials,” she said.

That makes Ki67 a very appealing clinical research biomarker—but before Ki67 can be adopted as a biomarker for daily clinical practice, more must be understood in regards to variation in preanalytical, analytical, and storage variations between testing labs, she cautioned.

“Persistent cell proliferation on neoadjuvant endocrine therapy predicts a high risk of early relapse, for whom novel treatment strategies are in great need,” Dr Ma explained. “In contrast, the Preoperative Endocrine Prognostic Index (PEPI) score of 0 (pathologic pT1/2, pN0, Ki67 ≤ 2.7% ER Allred 3-8) in response to neoadjuvant endocrine therapy is being prospectively evaluated in the ongoing Alliance A011106 (ALTERNATE) as a marker of endocrine sensitive disease, for whom chemotherapy could be avoided.” 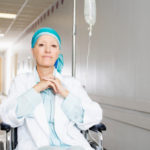