Post-mastectomy radiotherapy is associated with increased rates of complications like hematoma, infection, and reduced patient-reported satisfaction, among women who have undergone breast implant reconstruction, by 2 years after treatment, according to findings from the multicenter Mastectomy Reconstruction Outcomes Consortium (MROC) (ClinicalTrials.gov Identifier: NCT01723423) study, presented at the 2016 San Antonio Breast Cancer Symposium.1

No such associations were found for women undergoing autologous breast reconstruction, noted Reshma Jagsi, MD, PhD, of the University of Michigan in Ann Arbor.

“Those who plan to receive post-mastectomy radiation therapy should be informed of the substantial and significant impact of radiotherapy observed in the current study among patients who received implant reconstruction,” Dr Jagsi said. “Conversely, those who plan to pursue autologous reconstruction and are debating whether to receive radiotherapy may derive reassurance from the current study findings.”

Among patients with at least 2 years of follow-up, breast reconstruction-associated complications were reported for 34% of women who had undergone radiotherapy and 22.5% of those who had not, Dr Jagsi said. Radiotherapy was associated with a complications odds ratio (OR) of 2.6 (P < 0.001). 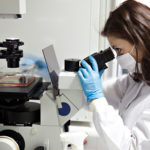