Long-term disease-free survival (DFS) and overall survival (OS) are similar for women with early stage (cT1-T2 N0) breast cancer and micrometastases in the sentinel lymph nodes only who undergo axillary dissection (AD) vs those who do not, according to findings presented at the 2017 San Antonio Breast Cancer Symposium.1

“Our findings are fully consistent with those of the Z0011 trial, which after 10 years found no differences between the AD and no AD groups for any endpoint in patients with moderate disease burden in the axilla undergoing conservative breast surgery,” said study coauthor Viviana Galimberti, MD, of the European Institute of Oncology in Italy.

For the phase 3 IBCSG 23-01 study, researchers compared DFS in patients who were randomly assigned to undergo or forego AD. At a previously reported median follow-up of 5 years, no DFS difference was detected between patients in the 2 study groups. This analysis was performed after a median follow-up of 9.8 years.

Of 934 women enrolled, outcomes were measured for 467 and 464 women in the non-AD and AD groups, respectively.

Subgroup analyses for tumor size, estrogen receptor status, progesterone receptor status, tumor grade, and type of surgery (mastectomy or breast-conserving) did not identify any patient subgroup for which AD offered a DFS advantage.

“No AD is now standard treatment in early breast cancer when the sentinel node is only minimally involved,” Dr Galimberti concluded. 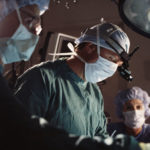