The addition of adjuvant chemotherapy to endocrine therapy benefited premenopausal, but not postmenopausal, women with hormone receptor-positive, HER2-negative breast cancer and positive nodes, according to an interim analysis of the SWOG S1007 RxPONDER clinical trial (ClinicalTrials.gov Identifier: NCT01272037). The trial data were presented at the 2020 Virtual San Antonio Breast Cancer Symposium (SABCS).

The trial included 5083 pre- and postmenopausal women with hormone receptor-positive, HER2-negative, early-stage breast cancer and 1 to 3 positive axillary lymph nodes. Only patients with a tissue recurrence score of 25 or below were eligible. Patients were randomly assigned to receive either adjuvant endocrine therapy or chemotherapy followed by endocrine therapy.

The purpose of the trial was to determine the impact that adding chemotherapy had on invasive disease-free survival (IDFS) and whether that impact correlated with recurrence score.

In a prespecified analysis that evaluated whether chemotherapy benefit varied by menopausal status, postmenopausal women who received chemotherapy followed by endocrine therapy did not have a reduced risk of invasive disease compared with women who received endocrine therapy alone (HR, 0.97; 95% CI, 0.78-1.22; P =.82,), or an improvement in overall survival (OS; HR, 0.96; 95% CI, 0.70-1.31; P =.79)

“This will save tens of thousands of women the time, expense, and potentially harmful side effects that can be associated with chemotherapy infusions.” 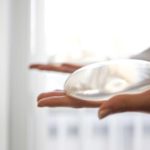