Adding interferon-α to adjuvant temozolomide can prolong overall survival (OS) in patients with high-grade glioma, according to research presented in a poster at the Society for Neuro-Oncology 27th Annual Meeting.

Among patients with methylated MGMT, there was no significant difference in OS (P =.248) or PFS (P =.723) between the treatment arms.

Seizures and influenza-like symptoms were more common in the interferon-α arm. The incidence of neutropenia, thrombocytopenia, anemia, increased transaminase, fatigue, nausea or vomiting, and skin reactions was similar between the arms.

“Compared with the standard regimen, [temozolomide plus interferon-α] combination treatment could prolong the survival time of high-grade patients, especially the MGMT promoter unmethylated patients, and the toxicity remained tolerable,” the researchers concluded. 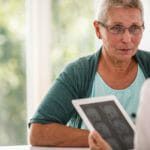 Intracranial Metastasis of Esthesioneuroblastoma May Occur 19 Years After Remission