Deaths among patients with primary malignant brain tumors are on the rise in the United States, according to data presented in a poster at the Society for Neuro-Oncology 27th Annual Meeting.

Increases in mortality were low overall, but they were greatest for patients aged 15-39 years and for Asian/Pacific Islander and American Indian/Alaskan Native patients.

The team found that, during 2004-2018, the overall age-adjusted annual percent change (APC) in mortality among patients with primary malignant brain tumors was 0.3% in the NVSS cohort and 0.4% in the SEER cohort.

Increases in mortality were greatest for Asian/Pacific Islander and American Indian/Alaskan Native patients. In this group, the APC was 1.6% in the NVSS cohort and 1% in the SEER cohort.

“Mortality trends can provide critical information regarding which groups carry the highest burden of primary malignant BT [brain tumors] in the US, help to quantify the impact of recent advances in diagnosis and treatment of brain and CNS [central nervous system] tumors, and thereby aid in public health planning,” the researchers concluded.

Disclosures: This research was partially funded by Novocure. The study authors did not provide disclosures. 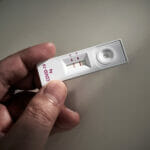