The presence of FOXP3 expression on tumor-infiltrating lymphocytes (TILs) in estrogen receptor-positive (ER+) breast cancer has been found to be significantly associated with a trend toward a lower overall survival rate, according to research presented at the 17th St. Gallen International Breast Cancer Conference 2021.

A. Tseluiko, from the N.N. Petrov National Medical Research Center of Oncology, Saint Petersburg, Russian Federation, and colleagues sought to determine the significance of the immunologic aspects of the antitumor response by analyzing cases with PD, PD-L1, and FOXP3. They also tested CD3, CD4, and CD8 as response markers.

The investigators observed no significant correlation between the degree of CD4+ lymphoid infiltration and disease-free survival rates (P =.27). However, in cases with a high CD4+ level (>20%), 10-year overall survival rates were noted to be decreased.

“The presence of FOXP3 expression on TILs in estrogen receptor-positive (ER+) breast cancer is significantly associated with a trend toward a lower overall survival rate (P =.06),” stated the investigators. “FOXP3-regulatory TILs are a poor prognostic indicator in ER+ breast cancer, but a favorable prognostic factor in HER2+/ER-subtype breast cancer.”

The predictive value of FOXP3 TILs differs depending on the expression and status of ER and HER2, as well as and CD8+ T-cell infiltration, noted the study authors.

“Particular importance is attached to the study of CD8+ and FOXP3,” the researchers commented. “It is believed that the co-expression of these markers has prognostic value and depends on the status, especially in the ER+ and HER2+ subgroups.”

A low degree of TILs (0%-10%) was observed with the luminal A subtype, and approximately 80% of patients with breast cancer have low tumor infiltration rates of CD8+ cytotoxic T lymphocytes and CD3+ TILs, according to the investigators.

PD-L1 is more frequently detected in patients with triple-negative breast cancer, occurs 1.5 times less often in HER2+ breast cancer, and is “extremely rarely” found in luminal A subtype, noted the researchers. The simultaneous expression of PD, PD-L1, and FOXP3 is associated with a poor prognosis and was found in 11.59% of patients. In addition, a high CD8+/ FOXP3 ratio (≥1.0) indicates a good prognosis of the disease. 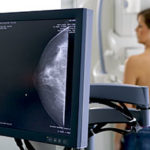