Results of a retrospective, population-based study comparing the long-term survival of patients with mantle cell lymphoma (MCL) treated with a variety of immunochemotherapy regimens supported the use of certain treatment approaches over others. These findings were presented at the Virtual Edition of the 25th European Hematology Association (EHA) Annual Congress.

Mantle cell lymphoma (MCL) is a rare form of B-cell non-Hodgkin lymphoma that arises from the mantle zone of the lymph nodes. It is often diagnosed at an advanced stage and can have an aggressive clinical course, although more indolent forms of the disease also occur. Most patients with signs of active disease will require treatment.

Nevertheless, optimal treatment approaches for patients with MCL have not been well defined since few studies have evaluated the long-term efficacy of these treatments in unselected patients.

This analysis included 1277 patients with a diagnosis of MCL from 2007 to 2017 who were included in the Swedish Lymphoma Registry. The median age of patients in this cohort was 71 years, 71% were men, 3% had an Eastern Cooperative Oncology Group (ECOG) performance status of 0 or 1, and 81% had stage III or IV disease at diagnosis.

Of these patients, 818 (84%) received primary treatment with systemic therapy, 51 (4%) were treated with radiotherapy as a curative approach, and 144 (11%) did not receive treatment at diagnosis, with no treatment specified for the remaining 21% of patients. In the systemic therapy subgroup, 268 were treated according to the MCL-2 protocol, 231 received bendamustine, and CHOP or CHOEP was administered to 93 patients; 86% of these patients also received rituximab.

Baseline patient characteristics were similar in patients treated with bendamustine or CHOP/CHOEP with respective median ages of 75.8 years and 74.5 years, and percentages of patients with an ECOG performance status of 0 or 1 of 87% and 82%, respectively. In addition, the percentages of patients falling into MCL International Prognostic Index (MIPI) categories of low, medium, high, and missing were 3%, 28%, 55%, and 14% for those receiving bendamustine and 2%, 22%, 47%, and 29% for patients treated with CHOP/CHOEP.

However, patients treated according to the MCL-2 protocol had a lower median age of 62.6 years, with 94% classified as having an ECOG performance status of 0 or 1. In addition, only 26% of patients receiving this treatment were characterized as having MIPI-high disease.

At a median follow-up of 5.9 years, the median OS in the overall patient cohort was 4.8 years. Following adjustments for patient age at diagnosis, year of diagnosis, ECOG performance status, and sex on multivariate analysis, OS for those receiving CHOP/CHOEP was significantly shorter compared with that seen for patients treated with bendamustine, although no significant difference in OS was observed between the MCL-2 treatment protocol and bendamustine subgroups.

Among the 30 patients with low-stage disease treated with curative radiotherapy, the rate of 5-year OS was 78% and 70% for those with stage I and stage II disease, respectively. For the 144 who did not receive treatment at diagnosis of MCL, the median age was 75 years and the median OS was 4.1 years.

In their concluding comments, the study authors noted that “future real-world analyses incorporating data on comorbidity, molecular characteristics of the disease and treatment strategies at relapse [are] needed, together with continuous evaluation of novel strategies, for a deeper understanding of prognosis in MCL and to improve outcome in these patients.” 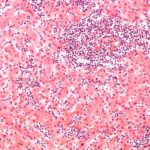