Some oncology practices are less likely than others to adopt immunotherapies within 2 years of regulatory approval, according to research published in JAMA Oncology.

Rural practices, practices with 5 or fewer physicians, and independent/nonacademic practices were all less likely to adopt immunotherapies within 2 years of US Food and Drug Administration (FDA) approval, researchers found.

For this study, the researchers analyzed Medicare claims data for beneficiaries who received infused or oral chemotherapy from 2010 to 2017. The patients had 1 of 4 cancer types for which immunotherapies were approved by the FDA between 2011 and 2016 — melanoma (first approval in 2011), kidney cancer (2015 approval), lung cancer (2015 approval), and head and neck cancer (2016 approval).

A total of 1732 oncology practices were included in the analysis. More than half of practices (52%) were independent, 15% were rural, and 28% were smaller, which was defined as employing 1 to 5 physicians.

“For some cancer types, immunotherapy adoption began before FDA approval, in part reflecting off-label use of drugs that had been approved for other cancers,” the researchers noted.

When the researchers looked at adoption of approved immunotherapies by practice type, they found that adoption was: 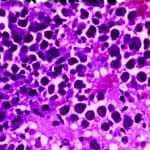