(HealthDay News) — Single-dose high dose-rate (HDR) brachytherapy is safe and effective for low-risk prostate cancer, according to a study presented at ESTRO 38, the annual meeting of the European Society for Radiotherapy and Oncology, held from April 26 to 30 in Milan.

Patients were followed for a median of 26 months. The researchers found two-year biochemical progression-free survival (bPFS) rates of 100, 95, and 92 percent for low-risk, intermediate-risk, and high-risk patients, respectively, and 94 percent for all patients. The three-year bPFS rates were 100, 86, and 75 percent for low-risk, intermediate-risk, and high-risk, respectively, and 88 percent overall. In 25 of 27 biochemical failures, the sites of relapse were radiologically identified; 15 had a local prostate recurrence. There were no serious side effects noted at the time of the treatment; however, two men later developed urethral strictures that required surgery and two men developed rectal fistulae requiring colostomy.

“This type of treatment offers an attractive alternative to surgery or other forms of radiotherapy as it has a comparatively low risk of side effects,” Tharmalingam said in a statement. 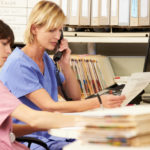