A ketogenic diet derives approximately 90% of dietary calories from fat, 8% from protein, and just 2% from carbohydrates.1 In comparison, the standard American diet derives 35%, 15%, and 50% of calories from fat, protein, and carbohydrates, respectively. Although it is rising in popularity, the ketogenic diet is not a new dietary intervention. It is an established nutritional treatment approach — first developed in the 1920s — for patients who have epilepsy that is not well controlled with antiepileptic agents. The keto diet later remerged as an acceptable intervention in the 1990s.

The ketogenic diet is now being studied as a potential supportive treatment approach in cancer. The rationale is based on the established differences in glucose metabolism between cancer cells and normal cells.

The ketogenic diet is proposed as a potential adjuvant therapy by exploiting these differences between cancer and normal cells. Consuming a ketogenic diet reduces blood glucose levels through a drastic reduction in the amount of carbohydrates consumed.1,2 As a result of decreased blood glucose levels, less insulin is secreted, which downregulates signaling pathways that are frequently constitutively active in tumor cells.2 Because glucose metabolism is inhibited, energy must be primarily derived from fats.1 Fat metabolism results in the production of ketone bodies and β-hydroxybutyrate by the liver, which are used to fuel energy production. Cancer cells have difficulty using these pathways because they rely on glucose; the metabolism of fat increases oxidative stress.

Protein metabolism also forces cells to use amino acids rather than glucose to fuel energy production; however, studies suggest that it does not cause the same level of oxidative stress as fat metabolism.1 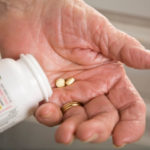