Alpha lipoic acid (ALA) is synthesized within the mitochondria as a cofactor necessary during mitochondrial energy metabolism.1 It is also a potent antioxidant that is used as a health supplement and is being studied as a therapy for diabetes, vascular disease, hypertension, inflammation, and cancer.

Few prospective in-human studies have been conducted among patients with cancer, though multiple studies have shown promising cytotoxic effects in vitro. ALA alone has been shown to decrease cell viability and proliferation in breast, ovarian, colorectal, and lung cancer cell lines, and was synergistic with chemotherapy.2-6 ALA also decreased cell migration and invasion in thyroid cancer cell lines.7 In prostate cancer cells, however, ALA did not affect cell proliferation compared with the control.8

In mice xenograft models, ALA suppressed tumor growth alone and in combination with hydroxycitrate against several tumor types.7,9

Several case reports have been published suggesting that ALA, typically in combination with other agents, may have anticancer activity among patients with advanced metastatic cancers. One case series reported that 4 patients with pancreatic cancer experienced a complete response after receiving treatment with intravenous ALA (300 to 600 mg twice weekly) plus oral low-dose naltrexone (4.5 mg once daily).10 The authors also reported efficacy of this regimen in a patient with non-Hodgkin lymphoma who refused conventional treatment. Another study reported promising results with a combination of ALA and hydroxycitrate with gemcitabine in a patient with metastatic pancreatic cancer.11

Two studies evaluated the effect of ALA on overall outcomes among patients with several cancer types. In an open-label, single-arm study, a combination of ALA and N-acetyl cysteine or carbocysteine lysine salt plus recombinant interleukin-2 and medroxyprogesterone acetate administered for 1 year as maintenance therapy resulted in a 50% objective response rate with a median duration of response of 19 months, median progression-free survival of 33 months, and median overall survival was not reached.12 A case series of 10 patients with advanced cancer with a life expectancy of 2 to 6 months suggested that the combination of ALA with hydroxycitrate and low-dose naltrexone had limited toxicity and 7 of the patients experienced a response.13

ALA has also been studied as supportive care for patients with cancer, though the results have been mixed. For peripheral neuropathy associated with cancer treatment, a combination of ALA with Boswellia Serrata, methylsulfonylmethane, and bromelain reduced pain on the visual analog scale and sensor and motor impairment.14 A small randomized controlled trial found no difference between ALA alone and placebo for the prevention of neurotoxicity when taken during chemotherapy.15

This study, however, noted that poor patient compliance may have affected the results. An open-label single-arm phase 2 trial demonstrated that a combination of a diet high in polyphenols with antioxidant supplementation with ALA, carbocysteine lysine salt, and vitamins A, E, and C, plus omega-3 fatty acids, medroxyprogesterone acetate, and celecoxib for 4 months resulted in improved quality of life measures, fatigue, body weight, lean body mass, and appetite compared with baseline.16 Of the 39 evaluable patients, 10 experienced partial or complete response, 6 experienced stable disease, and 16 experienced disease progression.

Though randomized, controlled trials are needed, preliminary studies suggest that ALA, particularly in combination with other compounds, may improve quality of life and may have some anticancer activity. ALA is well tolerated and does not appear to cause toxicities when used orally or intravenously. 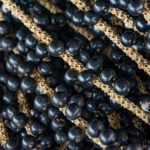