A biosimilar is a biologic drug that is similar to its reference drug, with no clinically meaningful differences in purity, potency, or safety; however, there may be some minor differences in its inactive components.1 Although the principles behind the development of a biosimilar are much like those motivating the decision to produce a generic medication, biosimilars are not the same as generic drugs. Generics are chemically manufactured through reproducible chemical processes, and are therefore bioequivalent.2 In contrast, although a biosimilar has an identical amino acid chain, it is produced by living organisms, and as a result, has some inherent differences from the reference product.

The underlying purpose of the creation of generic or biosimilar development programs is to provide patients with more treatment choices, and to reduce drug costs, which theoretically will then reduce the financial burden on health care systems and patients.1 In oncology, biosimilars are currently approved for several supportive drugs, such as epoetin and filgrastim, as well as monoclonal antibodies, including trastuzumab, bevacizumab, and rituximab.

Because a biosimilar is a drug that is highly similar to an already approved drug, the development of a biosimilar is often complex.3 The first step is to characterize the physical, chemical, and biologic properties of the existing drug. Most biologics are proteins, which, in their most basic form, consist of a string of amino acids.3 This primary structure must be identical between a biosimilar and its reference drug. However, proteins are complex molecules and undergo modification to their primary structure within living cells. Therefore, because biosimilars and their reference drugs are produced within living organisms, there are some differences in these modifications. They therefore cannot be considered identical or “interchangeable,” and, in order to receive US Food and Drug Administration (FDA) approval, biosimilars must be shown to have no clinically meaningful differences in purity, potency, or safety when compared with their reference drug. 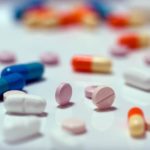 Cancer Drug Development: How Therapies Move Through the Pipeline