Bloodroot (Sanguinaria canadensis) is an herbaceous plant native to eastern North America used for its medicinal properties for various conditions.1 Though the plant was originally used by Native Americans, it is still used today in traditional “black salve” for human conditions and in veterinary medicine.

The medicinal properties of the plant are derived from multiple alkaloids found within the rhizome. Sanguinarine and chelerythrine are the most well-studied in vitro, particularly for their anticancer properties.

No well-designed in-human studies have been conducted, though observational case reports of black salve use have been reported.

In the mid-1800s, several studies evaluated bloodroot-containing salve for the treatment of cancer.1 One study used topical ointment and an internal therapy that contained bloodroot to treat breast cancer with node metastases, but the surgeons reported that the bloodroot did not have anticancer activity. Another larger study evaluated the use of bloodroot-containing paste for advanced cancer cases and reported a recurrence rate of 27.5%, which was lower than the 80% recurrence rate achieved by surgery. Independent observations, however, suggested that the reported recurrence rate was inaccurate.

In the 1930s, bloodroot was included as a component of Mohs paste as a tissue fixative used during the Mohs micrographic surgery of skin cancers, but was not believed to contribute to the efficacy of the procedure.1

Several observational studies were conducted in the 1980s and early 1990s to evaluate bloodroot products, but poor records such as missing pathology reports and low rates of follow-up resulted in inconclusive findings.

Bloodroot-containing black salve is sold today to consumers, often as a remedy for skin cancer, including melanoma.1 There are, however, no studies evaluating its safety or efficacy, but cases of toxicity and lack of efficacy have been reported.

In one case series, 3 of 4 cases presented with recurrence of basal cell carcinoma (BCC) after self-treatment with black salve.2 The black salve resulted in what appeared to be clinical responses in 2 of the cases, but with residual tumor identified by biopsy. Black salve resulted in a complete response in one case, but caused a large keloidal scar that the patient sought to have removed by surgery.

Another case report indicated that black salve use on an unknown neoplasm resulted in complete destruction of the left naris and a metastatic recurrence 11 years later.2 The patient subsequently died after self-treating diagnosed colon cancer with a bloodroot-containing oral product.

Several epidemiologic studies suggest that bloodroot-containing mouthwash, which is no longer marketed, causes leucoplakias, including a high frequency of dysplastic leucoplakias.4 The mechanism for this has not yet been identified. 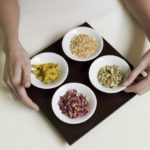