As the interest in and value of “natural” remedies increase, the use of complementary therapies has also increased.1 Complementary therapies include dietary supplements, mind-body strategies, body manipulation, acupuncture, and alternative medicine systems used in conjunction with conventional anticancer treatments (eg, chemotherapy, radiation, hormone therapies, targeted therapies, and immunotherapies). Although there are limited studies on this topic, overall, complementary use of these treatment approaches does not seem to prolong or shorten survival, and the data are mixed regarding whether they improve or patient reduce quality of life.2-4

Analyzed separately, survival was substantially shorter for patients with breast, lung, and colorectal cancer, but not in those with prostate cancer. The authors concluded that the lack of significance for patients with prostate cancer was because the majority of patients in the sample (75%) had low- to intermediate-risk disease, which is often managed with observation. In addition, prostate cancer generally has a slow natural progression, and the follow-up time in this study was too short to detect any differences.

The study found that predictors for alternative medicine use were higher socioeconomic status, low comorbidity score, stage II/III disease, breast or lung cancer, and residing in an Intermountain West or Pacific location.

Another similar retrospective study included 1.9 million patients with nonmetastatic breast, lung, colorectal, or prostate cancer; of which, 258 patients received complementary medicine in addition to conventional cancer treatment.6 Although these patients did receive some conventional therapy, a greater number refused surgery, chemotherapy, radiation therapy, and hormone therapy than patients who only received conventional treatments.

In addition, patients who used complementary medicine had a shorter 5-year overall survival compared with those who received no complementary therapies (82% vs 87%; P <.001), and it was associated with increased mortality (HR, 2.08; 95% CI, 1.50-2.90). However, when adjusted for treatment refusal or delay, this association was no longer significant, suggesting that the increased risk of death is not necessarily due to the use of complementary medicine itself, but due to conventional treatment refusal or delay. 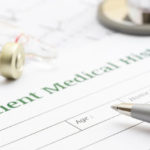