Infusion reactions (IRs) are adverse reactions to intravenously administered anticancer agents — including chemotherapy and monoclonal antibodies — that occur during or shortly after the infusion.1 Most IRs are mild to moderate in severity and are managed successfully, followed by a rechallenge of the anticancer agent. However, in rare cases, they can be life-threatening and require aggressive management.

The incidence of IRs is difficult to track because there are inconsistencies in terminology, grading, and reporting.2 In addition, the incidence varies between anticancer agents, cancer type, and clinic (ie, differences in administration practices).2,3

A systematic review published in 2012 reported an overall incidence of 0% to 71% for all grades and 0% to 15% for grade 3 to grade 4 IRs.4 Some agents are associated with higher rates than others; the overall rate of IRs associated with the drugs examined across included studies ranged from 7.6% to 33%.

Single-institution reports also vary. A retrospective chart review of 597 patients receiving anticancer therapy as part of a phase 1 clinical trial found that 1.5% (9 individuals) experienced an IR, all of which were grade 2 or lower.5

A retrospective study of electronic health records from 16,059 outpatient treatments (administered to 1604 patients) during 2017 identified IRs among 0.53% of patients, of which, 48.2% were grade 2/3 and none were grade 4/5.6 Another retrospective chart review found that 16.2% of patients receiving trastuzumab experienced an IR, all of which were mild to moderate in severity.3

IRs are considered hypersensitivity reactions that occur by 2 different mechanisms generally classified as non–immune-mediated reactions or allergic reactions with an immunoglobulin E (IgE)-mediated immune response.1 The symptoms of both types of reactions are overlapping, but their timing is typically different. Non–immune-mediated responses typically occur during or immediately after the first exposure, which is most commonly seen with monoclonal antibodies and taxane chemotherapies.1,2,7 In contrast, classical allergic reactions occur with subsequent doses, which is most commonly observed with chemotherapy, particularly with platinum-based agents.1,2,7 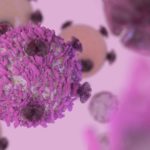 Immunotherapy: What Patients Need to Know