Isolation and analysis of ctDNA allows clinicians to identify genetic alterations, which may be used to guide treatment selection, depending on the cancer.1 Large, controlled studies suggest that there is up to 90% concordance of molecular profiling between ctDNA and tissue biopsy, provided that these measurements are collected simultaneously.

In 2016, the FDA approved the ctDNA assay cobas® EGFR Mutation Test v2 (Roche Diagnostics) for detection of EGFR mutations among patients with non-small cell lung cancer as a companion diagnostic to the EGFR inhibitor erlotinib.3 Presence of an EGFR mutation indicates that a patient is eligible for treatment with erlotinib or other EGFR inhibitors. Although this particular test can detect mutations in plasma, it can also be used to detect EGFR aberrations in tissue samples when tissue biopsies are possible.

A broader approach that uses NGS received the FDA’s breakthrough device designation in 2018.4 Using ctDNA, this assay evaluates at least 70 genes and other biomarkers, including microsatellite instability and blood tumor mutational burden, and could help guide treatment selection depending on cancer type.

ctDNA could also be used for prognostication in this setting.5 The FDA approved a circulating tumor cell detection system, CellSearch, for patients with metastatic breast, prostate, or colorectal cancer. The amount of tumor cells present in the blood as measured by CellSearch is a predictor of survival; however, its use to justify a switch to more intense therapy has not been shown to prolong survival. Therefore, the CellSearch system has primarily been used for prognosis, rather than for therapy selection.

Given the ease of collecting liquid biopsies, another attractive use of the tool is to evaluate the response to therapy by tracking ctDNA over time.1 For example, ctDNA levels initially increase after treatment, but then dramatically decrease within 1 to 2 weeks in patients who experience a response. Studies also suggest that ctDNA levels increase before progression can be detected radiographically, indicating that ctDNA may be useful in the future to help detect disease progression.

During monitoring after cancer treatment, ctDNA analysis may also detect the development of genetic alterations that result in treatment resistance. The FDA-approved cobas EGFR Mutation Test v2 can also detect the EGFR T790M mutation, which confers resistance to first- and second-generation EGFR inhibitors.

Another screening method is being developed, in which protein markers in cfDNA are detected by an assay called CancerSEEK.8 The assay was positive in a median of 70% of the 8 cancer types across 1005 patients with nonmetastatic but clinically detectable tumors. Among healthy controls, the specificity was 99%, indicating a very low false-positive rate—but sensitivities ranged from 69% to 98% for the detection of 5 cancer types (ovary, liver, stomach, pancreas, and esophagus). The addition, the use of supervised machine learning enabled tumor localization in 83% of cases. The input algorithm took into account the ctDNA and protein biomarker levels, as well as the gender, of each patient.

For the screening of colorectal cancer, the FDA approved of the Epi proColon® test, which determines the methylation status of the SEPT9 promoter among patients undergoing colorectal cancer screening.5 Although it is not a replacement for colonoscopy or sigmoidoscopy, the Epi proColon test was able to detect overall 71% of colon cancers, but was more sensitive to advanced disease.9,10 It offers an alternative to patients who refuse to or cannot undergo colonoscopy or sigmoidoscopy, with similar sensitivity and specificity as stool testing for advanced disease.10

Liquid biopsies, particularly those measuring ctDNA, offer an alternative to traditional tissue biopsy. Tissue biopsy, however, remains the gold standard, as ctDNA generally has not yet demonstrated clinical validity or utility in some cancers by way of large, randomized-controlled trials. In many cases, ctDNA is not recommended in lieu of tissue biopsy, but can be used if insufficient material is obtained by tissue biopsy, if there are contraindications to invasive biopsy, or if the tumor is inaccessible. As more studies validate the use of ctDNA, in the future, this approach may become a more equal alternative to tissue biopsy where histologic analysis is not also required. 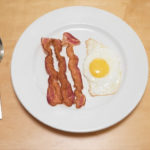 A Ketogenic Diet as an Adjunct to Cancer Treatment