Controlled amino acid therapy (CAAT) is a protocol developed for patients with cancer that includes strict dietary guidelines and nutritional supplements that focus on controlling amino acid and carbohydrate intake.1,2

The protocol was developed by the A.P. John Institute for Cancer Research and is touted to be based on extensive clinical research, but studies in humans or animal models of the entire CAAT protocol have not been published, nor have results — case studies or observational studies — from the institute been published. The exact protocol is not reported and the website for the institute is no longer functioning.

Components of the protocol, such as selective amino acid restriction, and supplements such as vitamin D and antioxidants, have been studied separately in vitro and in some animal models. This fact sheet focuses on the amino acid deprivation component.

It has sbeen proposed that temporary selective deprivation of amino acids may result in the death of cancer cells without affecting normal cells or causing muscle proteolysis. This hypothesis has not, however, been fully tested in vivo, but is based on observations from studies of single amino acid deprivation and overall protein restriction in vitro and in vivo.

Many internet sites claim that CAAT has been studied in clinical trials. These trials, however, evaluated only the amino acid deprivation portion of the protocol and only in very small, single-arm studies. One study conducted in the 1960s, for example, evaluated 5 patients with metastatic melanoma who consumed a diet restricted in phenylalanine and tyrosine.8 Tumor growth was measured by calipers and lung metastases were monitored by X-ray. Four of the patients experienced slowed tumor growth, which also correlated with lower levels of serum phenylalanine and tyrosine. The authors concluded that the diet appeared to inhibit tumor growth, but was difficult for patients to follow. 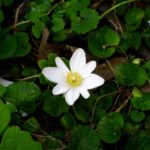