Some in-human studies of curcumin as an anticancer treatment have been conducted. These studies are primarily early pilot studies and have demonstrated that curcumin is safe and well tolerated, even at high doses.

Several studies suggest that continued evaluation is warranted. For example, a randomized, controlled trial of 4 doses of 8 g of curcumin decreased the free light-chain ratio, reduced the difference between the clonal and nonclonal light-chain and involved free light-chain, suggesting that curcumin may slow the disease process in patients with monoclonal gammopathy of undetermined significance and smoldering multiple myeloma.2

Another trial treated 17 patients with advanced pancreatic with 8 g of curcumin daily concurrently with gemcitabine.7 Of the evaluable patients, 9% demonstrated a partial response, 36% stable disease, and 55% experienced progressive disease, and the median overall survival was 5 months. However, 5 patients discontinued curcumin due to abdominal fullness or pain and another 2 patients required a dose reduction of curcumin.

A pilot phase 2 trial evaluated the use of curcumin with docetaxel in 26 men with chemotherapy-naive metastatic castration-resistant prostate cancer.8 The men received 6 g of curcumin daily in addition to docetaxel and prednisone for 6 cycles. There was a prostate-specific antigen (PSA) response among 59% of patients and 40% experienced a partial response. There were no adverse events, and 100% of the patients were compliant with the curcumin.

A trial of 223 patients with leukoplakia randomly assigned patients to receive 3.6 g daily of curcumin or placebo for 6 months.9 Curcumin administration resulted in a significantly higher number of clinical responses compared with placebo (67.5% vs 55.3%, respectively; P = .03). However, there was no difference in histological response or durability of response among those who experienced a complete response. Curcumin was well tolerated and there were no safety concerns related to treatment.

In another trial, 44 patients with familial adenomatous polyposis were randomly assigned to receive 1500 mg of curcumin twice daily or placebo for 1 year.10 There was no difference in the number of polyps or size of the polyps between patients in the groups. There was also no difference in adverse events across groups.

Preclinical data suggest that curcumin has anticancer properties, and these data warrant its continued evaluation as a potential treatment for cancer in humans. Due to its poor bioavailability, however, ongoing studies are developing approaches to improve its delivery to cells, thereby potentially improving dosing and potency. Larger, well-controlled, in-human studies are needed to determine if curcumin’s anticancer effects are applicable to humans. 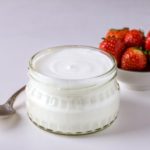