Being overweight or obese are established risk factors for cancers of the esophagus (a particular type called adenocarcinoma), colorectum, endometrium, kidney, and breast (in post-menopausal women).

Obesity increases the risk of breast cancer in post-menopausal women by 50%, probably due to associated increases in hormones.

Similarly, effects on hormone levels are thought to explain the threefold higher risk of endometrial cancer in obese women. There is also evidence to suggest that obesity and being overweight increase the risk of gallbladder and pancreatic cancers.

Being physically active is important for weight control and may have other benefits (e.g., increased bowel movement, enhanced immune function, raising the levels of various hormones, and signaling molecules in the body that can result in a sense of well-being). Research consistently shows that physical activity reduces the risk of colon cancer, and there is some suggestion that physical activity can reduce the risk of breast cancer.

In addition to smoking, alcohol is one of the main risk factors for cancers of the mouth, throat, and esophagus. Alcohol is also the main diet-related risk factor for liver cancer, and this is thought to be through its effects on liver cirrhosis.

There is also a large amount of research to show that breast cancer risk increases with increasing amounts of alcohol consumption: there is a 7% increase in risk for one alcoholic drink every day (compared to none). The effects of alcohol on breast cancer risk may involve increasing estrogen levels. Some recent studies also show that alcohol might increase the risk of colon cancer.

A number of studies suggest that fruits and vegetables reduce the risk of certain cancers including mouth, throat, stomach, and colorectal cancers. In developing countries, cancers of the mouth, throat, and, esophagus are thought to be related to a diet low in fruit and vegetables.

Although studies suggest a reduced risk of stomach cancer with higher intakes of fruit and vegetables, more studies are needed that take into account infection with the bacterium H. pylori, which is a known risk factor for stomach cancer.

Some evidence shows a reduced risk of colorectal cancer with higher intakes of fruit and vegetables. However, a considerable amount of this evidence is from case control studies, which are generally regarded as weaker in design than cohort studies where results on colon cancer are inconsistent. [Cohort studies measure diet in initially healthy subjects and follow-up on their health outcomes over a period of time, whereas case control studies look at diet retrospectively and compare people with cancer with healthy controls.]

One of the mechanisms proposed to explain the beneficial effect of fruit and vegetables is via the antioxidants they contain, such as vitamin C, carotenoids, and other plant phytochemicals. However, further research is still needed to investigate exactly how antioxidants work in the body.

Although dietary intakes and blood levels of antioxidant nutrients such as vitamin E and beta-carotene have generally been associated with a lower risk of cancer (e.g., lung cancer), supplementation studies have not generally supported a beneficial effect.

Supplementation with large doses of beta-carotene may increase the risk of lung cancer in high-risk subjects (e.g., smokers). In 1998, the Government’s Advisory Committee advised against beta-carotene supplements as a means of protecting against cancer but recommended more fruits and vegetables.

Fruits and vegetables also contain other components that might be of benefit in cancer prevention. For example, there is thought to be a beneficial effect of dietary fiber on colon cancer risk.

Several studies have suggested that a high consumption of red and/or processed meat is associated with increased risk of colon cancer. Various mechanisms have been proposed to explain this. Components of cooked meat have been implicated, such as heterocyclic amines and polycyclic aromatic hydrocarbons, and also nitrogenous residues and iron.

Recently, it has been proposed that the link is with processed meat, rather than red meat. The World Health Organization has advised that non-vegetarians moderate their consumption of processed meats such as sausage, salami, bacon, and ham. 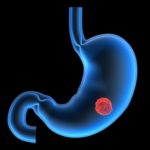