A source of nitric oxide within the body, dietary nitrate is naturally present in plants and may have cardiovascular benefits.1 Nitrates are also found in drinking water as a result of agricultural activities, but this is not generally considered to be a substantial source of ingested nitrates.2 Nitrates and nitrites, however, are also used as additives to preserve foods, particularly in processed meats. There is concern that added nitrates and nitrites are associated with an increased risk of cancer, but epidemiologic data have been inconclusive thus far.

In 2006, the World Health Organization’s International Agency for Research on Cancer (IARC) concluded that nitrate or nitrite were probably carcinogenic to humans when ingested under conditions without antioxidant exposure — such as those that are seen in processed meats — as antioxidants are known to inhibit the endogenous formation of N-nitroso compounds.2

The US Food and Drug Administration considers the food additives sodium nitrate and sodium nitrite to be safe when used within their regulated limits.3,4 In addition, the Environmental Protection Agency has established maximum acceptable contaminant levels of nitrates and nitrites in drinking water.5

Animal studies suggest that N-nitroso compounds cause DNA damage and therefore may be carcinogenic.6 A meta-analysis published between 1985 and 2016 that included over 4.7 million subjects from 49 and 51 international cohort and case-control studies of nitrates and nitrites, respectively, assessed the effect of high versus low dietary intake of nitrate and nitrite on site-specific cancer risk. There was no association between high dietary intake of nitrate or nitrite and breast, bladder, colorectal, esophageal, ovarian, or pancreatic cancer, as well as no association between ingestion of the salt and renal cell carcinoma or non-Hodgkin lymphoma. There was a significant association between high dietary nitrite and an increased risk of adult glioma (relative risk [RR], 1.21; 95% CI, 1.03-1.42) and thyroid cancer (RR, 1.52; 95% CI, 1.12-2.05), and a nonsignificant trend for increased risk of gastric cancer (RR, 1.21; 95% CI, 0.99-1.47). High dietary nitrate, however, demonstrated a protective effect against gastric cancer (RR, 0.78; 95% CI, 0.67-0.91).

Cohort studies published since the aforementioned meta-analysis support its original findings. Dietary nitrate and nitrite were not associated with pancreatic cancer,7 and dietary nitrate, including those found in processed meats, did not increase the risk of overall breast cancer.8 However, high nitrate intake from processed meats did significantly increase the risk of localized breast cancer, but not the risk for other subgroups of breast cancer, including regional/distant and hormone receptor-positive or -negative disease.8 Findings from a prospective cohort study of 1087 patients aged 55 or older demonstrated that combined serum nitrate and nitrite levels were not associated with cancer risk.9

An analysis of data — collected from a joint study between the National Institutes of Health (NIH) and the American Association of Retired Persons (AARP) called the NIH-AARP Diet and Health Study including 536,969 subjects aged 50 to 71 years with more than 16 years of follow-up — showed that ingested nitrate/nitrite from processed meat was independently associated with an increased risk of all-cause cancer (hazard ratio [HR], 1.15; 95% CI, 1.13-1.17 for nitrate and HR, 1.16; 95% CI, 1.14-1.18 for nitrite).10 Cancer-specific mortality was also associated with nitrates and nitrites from total, processed, and unprocessed red meat, but not with white meat.

Though IARC states that dietary nitrates or nitrites found primarily in meat sources are probably carcinogenic to humans, conclusions from epidemiologic studies are somewhat mixed. High nitrate intake may be associated with a decreased risk of gastric cancer, whereas nitrite intake may increase the risk of glioma and thyroid and gastric cancers. At this time, no studies have shown a consistent association between high intakes of nitrate or nitrite and other types of cancers. 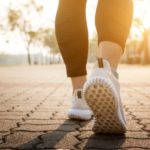