For non-oncogenic HPV-strain infections, dietary vitamin B12 levels were associated with persistent infection. That study did not, however, involve plasma nutrient measurements, and it is possible that self-reported dietary intake and circulating nutrient concentrations are different.

In the 2002 study, dietary food intake levels of folate, vitamin B6, and methionine did not predict HPV infection persistence.

In the 2017 Brazilian study, despite the association between transient HPV infections and retinol, vitamin A, and folate intake, no specific dietary nutrient was significantly associated with persistent oncogenic HPV infection per se among Brazilian men.

While there is some evidence that dietary intake may influence the persistence of oncogenic and non-oncogenic HPV infection, more research is needed to determine a strong causal link between particular nutrients and viral persistence. 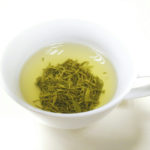