There are several different classes of chemotherapy agents in existence, categorized according to their specific mechanism of action. These include alkylating agents, which bind to proteins, DNA, and RNA to impair cell function; antimetabolites, which act as substitutes for normally occurring metabolites used in DNA or RNA; antitumor antibiotics, which integrate with DNA and cause DNA breaks; topoisomerase inhibitors, which prevent DNA replication; and tubulin-binding agents, which prevent microtubules from forming during mitosis.

Chemotherapeutic agents from different classes are often combined together because each class targets a different phase of the cell cycle. Therefore, the combination of several different cytotoxic agents may increase overall efficacy.

The common adverse effects (AEs) associated with chemotherapy are typically a result of their cytotoxic effects against normal, noncancerous cells. However, the types of AEs vary widely between classes, specific agents, doses and dose schedules. AEs can also be patient-specific and can rely on a patient’s specific disease characteristics.

The administration of chemotherapy depends on the specific agent.2 In general, chemotherapy can be given orally, intravenously, subcutaneously by injection, intrathecally (into the space between the brain and spinal cord), intraperitoneally (within the space where the stomach and intestines are located), intra-arterially, or topically. 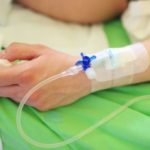