Patients with cancer may express concern regarding the safety of their family members and/or caregivers as they undergo radiation therapy. The United States Nuclear Regulatory Commission states that patients treated with radiation can be released from a care center if the total effective dose equivalent from one individual to another is not expected to exceed 5 mSv, and instructions to limit exposure should be provided if the total effective dose is likely to exceed 1 mSv.1 Most radiation treatments pose little risk to family members or caregivers, but in cases of high-dose systemic therapy, such as radioactive iodine treatment, precautions may be required.

Permanent brachytherapy consists of implanting small metal seeds that temporarily deliver radiation to the surrounding tissue.2 The implant emits radiation for a period of time, such as several months, and remains in the tissue after the radiation has diminished. Systemic therapy uses an ingested or injected agent that emits radioactivity. For both methods, some level of radioactivity is emitted once the patient is released from the treatment center, thus, the potential to expose family members or other individuals exists.3

Many studies have suggested, however, that familial radiation exposure is very low. In one study of patients undergoing brachytherapy for prostate cancer, Pd-103 seeds posed little risk for family exposure, and the authors concluded that no safety precautions were required.4 For I-125 seeds, precautions were not recommended for coworkers and nonpregnant or pregnant adults sleeping with the patient. The recommended precautions for I-125 seeds were to avoid the “spooning” position with pregnant sleep partners and holding children in the lap for long periods of time for 2 months. Another study of men undergoing I-125 brachytherapy for prostate cancer demonstrated that the mean estimated lifetime exposure for family members was between 0.19 mSv (range, 0.02-0.54 mSv) and 0.25 mSv (range, 0.04-1.00 mSv).5 Another study similarly found that spouses/caretakers of patients who received Ir192 brachytherapy for prostate cancer demonstrated radiation levels of 0.25 mSv.6

Similar radiation levels were reported in a study of patients with thyroid cancer who received treatment with radioactive iodine.7 The total radiation exposure from treated patients of their bedroom, bathroom, and living room during 4 weeks was 0.45 mSv (range, 0.088-1.38 mSv). Another study found that radiation levels in caregivers of patients with thyroid cancer who had received high-dose radioactive iodine ranged from 0.123 mSv to 0.718 mSv, depending on the dose of treatment the patient received.8 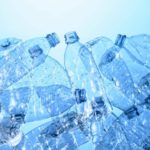