The financial burden resulting from a cancer diagnosis and/or treatment is referred to as financial toxicity, although the exact definition differs between studies.1 It is generally recognized that patients with a history of cancer experience greater out-of-pocket (OOP) costs and are more likely to report being unable to work or have more missed work days than individuals without a history of cancer. These OOP costs are expected to increase as more oral oncology drugs are approved because the patient’s pharmacy coinsurance is typically higher than the cost-sharing requirement for infused therapies.

A systematic review of 45 studies published between 1990 and 2015 found that mean annual productivity loss was $380 to $8236.2 Financial distress of some kind was reported by 47% to 49% of patients. Another systematic review that included 25 studies published between 2013 and 2016 found that 28% to 48% of patients reported financial toxicity.3 The researchers found that younger age, female gender, low income at baseline, adjuvant treatment, and a more recent diagnosis were associated with financial toxicity.

A large study of 19.6 million cancer survivors from the 2011 Medical Expenditure Panel Survey found that 28.7% of cancer survivors reported financial burden, and financial burden was associated with lower physical and mental functioning scores, as well as depressed mood and concern for cancer recurrence.4 In a survey, 46% of adults who had undergone a stem cell transplant reported a decrease in income following the transplant and 56% reported some type of financial hardship, including difficulty paying monthly bills, not having sufficient funds at the end of the month, and/or dissatisfaction with their present finances.5

Some data suggest that younger patients can overcome financial hardships caused by a cancer diagnosis. A narrative systematic review of 23 studies found that education and employment were often delayed for patients diagnosed with cancer as an adolescent or young adult, but the researchers determined the individuals who had survived cancer eventually achieved careers as successful as those of the healthy controls.6 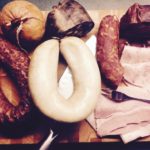