Fish oil is a dietary supplement that contains omega-3 fatty acids, particularly eicosapentaenoic acid (EPA) and docosahexaenoic acid (DHA), though in doses that vary widely among brands.1 Omenga-3 fatty acids are components of cell membrane phospholipids, can provide energy, and are also used to produce eicosanoids, which are important signaling molecules.

Fish oil is a very popular supplement, with its use estimated among 7.8% of adults and 1.1% of children in the United States during a given 30-day period.2 Research has evaluated the role of fish oil to reduce cancer incidence and improve cancer outcomes by preventing toxicity or treating cancer- or treatment-associated side effects.

Multiple trials demonstrated that fish oil supplementation can improve outcomes during or after cancer treatment, such as improved response rate, increased function, and improved quality of life.

A small RCT of 46 patients with non–small cell lung cancer (NSCLC) received fish oil (2.5 g EPA and DHA) in addition to the standard of care (SOC) chemotherapy (carboplatin with vinorelbine or gemcitabine).5 Adding fish oil resulted in a greater response rate at 60% compared with 25.8% with the SOC (P = .008). Clinical benefit was also greater in the fish oil group compared with the SOC group (80% vs 41.9%; P = .02). Overall survival at 1 year trended toward improvement with fish oil compared with SOC (60% vs 38.7%; P = .15), but was not significant. Dose-limiting toxicities were similar between groups.

Another RCT supplemented patients with colorectal cancer with 2 g fish oil (0.6 g EP and DHA daily) daily for 9 weeks. The supplemented group demonstrated a significantly prolonged time to tumor progression (593 vs 330 days; P = .04) compared with the control group.6 There was, however, no difference in the number of chemotherapy cycles, delays or interruptions, hospitalization, or days until death or progression, and 3-year survival. 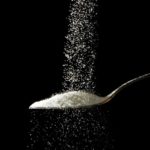