Flavonoids are a class of compounds found in fruits, vegetables, seeds, and cereals, and some beverages that have antioxidant, anti-inflammatory, antimutagenic, and anticarcinogenic properties.1,2 In plants, flavonoids play an important role in multiple functions including pigments, attraction of pollinators, growth and development of seedlings, and protection against injury and microorganisms.1,2 Research has suggested that the molecular functions of flavonoids may also impart many health benefits to humans including modulating disease activity, mitigating antibiotic resistance, and downregulating inflammation.1 One area of such research is the potential effect of flavonoids on the risk of developing cancer.

The anticancer activity of flavonoids is related to their modulation of signal transduction pathways within cancer cells.3 As a result, flavonoids can inhibit cell proliferation, angiogenesis, and metastasis, while also promoting apoptosis.

The classes of flavonoids include isoflavones, flavones, flavonols, flavanones, anthocyanins, and chalcones—and compounds within the classes can have different anticancer properties.1,4 However, the majority of compounds promote apoptosis, induce cell cycle arrest, and promote cellular differentiation.

Epidemiological studies have evaluated whether dietary intake of flavonoids can reduce the risk of developing different cancers. For example, meta-analyses of observational cohort and case-control studies suggest that high intake of dietary flavonoids can reduce the risk of aerodigestive tract cancers, breast cancer, ovarian cancer, esophageal cancer, and colorectal cancer.6-10 These studies provide indirect evidence for a potential association, and are hypothesis-generating, but do not establish causality.

In aerodigestive tract cancers, a meta-analysis of 35 studies encompassing over 1 million patients found that total dietary flavonoid intake significantly decreased the risk of developing a smoking-related cancer (odds ratio [OR], 0.82; 95% CI, 0.72-0.93).6 This association remained for aerodigestive tract cancers and lung cancer. The decrease in smoking-related cancers was strongest among individuals who smoked compared with non-smokers.

Randomized controlled trials (RCT) are the gold standard for establishing causality. Multiple RCTs have been conducted evaluating a specific flavonoid or food/beverage-containing flavonoids on the effect of cancer prevention or treatment. Many of these trials have not found that these flavonoid interventions prevent cancer, cancer progression, or lower markers of cancer risk. Some examples are described below.

Another an RCT assigned 97 men at high risk of developing prostate cancer to 1 year of polyphenon E, a mixture of flavonoids found in green tea, or placebo.12 There was no difference in the incidence of prostate cancer at 12 months between the groups, but there was a decrease in prostate-specific antigen (PSA) levels. An RCT studied the same polyphenon E derived from green tea in healthy menopausal women for 12 months.13 At the end of the study, there was no difference in mammographic density — an established marker for an increased risk of breast cancer — between the patients in the flavonoid and placebo groups.

However, a recent study evaluated the addition of the flavonoid flavopiridol to cytarabine and mitoxantrone compared with cytarabine plus daunorubicin in patients with newly diagnosed acute myeloid leukemia.14 The aim of the study was to determine the complete remission rates after 1 cycle of treatment. The flavonoid combination resulted in higher rates of complete remission (70%) compared with the cytarabine/daunorubicin regimen (46%; P =.003). These results have led to the development of a phase 3 trial.

Extensive in vitro data suggest that many types of flavonoids have anticancer properties and effectively induce apoptosis, decrease cell proliferation, lower the risk of metastasis.1 Many epidemiologic studies support this; many meta-analyses demonstrate that high dietary flavonoid intake can reduce the risk of several different cancer types. However, RCTs have been less successful in demonstrating that specific flavonoids or flavonoid-containing diets or foods/beverages are effective in preventing cancer, cancer progression, or reducing known high-risk markers. However, the research that currently exists suggests that the addition of flavonoids to conventional anticancer treatment could be beneficial, although further research is warranted.

Correction: This article was updated on 8/26. 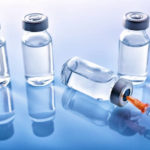