Though various types of ginseng extracts or derivatives have shown anticancer properties in human cancer cell lines, there are no published clinical trials evaluating ginseng’s efficacy in a human population. Ginseng has, however, been studied as a chemopreventive and an agent to improve quality of life among patients with cancer.

Patient recall for ginseng-use was good, with an 85% agreement of ginseng-use between 2 different interviews. Another case-control study of 1987 pairs showed a significant association between ginseng-use and reduced cancer risk (OR, 0.50; 95% CI, 0.44-0.58).3 Though fresh extract or any preparation of white/red ginseng were effective, the greatest association was observed with red ginseng extract (OR, 0.20; 95% CI, 0.08-0.50).

These data were supported by results from a prospective study of 4634 Korean subjects aged 40 or older.4 In this study, ginseng-use resulted in a significant reduction in cancer incidence compared with non-use (relative risk [RR], 0.40; 95% CI, 0.28-0.56), demonstrating a dose-response relationship in which higher intake or greater frequency of ginseng-use was associated with a greater reduction in cancer incidence. 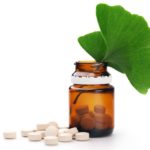