Intermittent fasting (IF) is a recurring dietary pattern in which individuals consume little to no calories for a prolonged period of time, such as 16 to 48 hours, followed by periods of normal energy intake.1 A type of IF is periodic fasting (PF), in which individuals fast for longer periods of time, such as 2 to 21 or more days, followed by normal energy intake. Time-restricted feeding (TRF) is also a type of IF; it is characterized by a restriction in caloric intake for 8 hours or fewer each day.

These different modes of fasting are used as an approach to enhance physical and mental performance based on the theory that mammals have optimally adapted to periods of fasting or starvation. IF has been shown to decrease body fat while allowing for the retention of lean body mass. It has also been shown to help modulate hormone levels, particularly insulin, leptin, and adiponectin.

IF has been primarily studied for control of diabetes mellitus and polycystic ovarian syndrome, but is now receiving attention as a potential approach to cancer prevention or treatment.

In vitro and in vivo animal studies suggest that PF inactivates pro-proliferative pathways, while enhancing differential stress resistance in normal cells.2 Combined with the theory that cancer cells are generally dependent on a highly nourishing environment with a preference for high glucose levels, called the Warburg effect, this resulted in the hypothesis that IF or PF can sensitize cancer cells to chemotherapy or other anticancer therapies. In addition, other studies have shown that fasting induces autophagy and can modulate the immune system by activating CD8 cytotoxic T cells and inhibiting T-regulatory cells.3

Rodent studies demonstrated that fasting prior to the administration of chemotherapy prolongs survival, decreases metastasis, and reduces toxicity.2 Similarly, PF prior to the administration of tyrosine kinase inhibitors further inhibits tumor growth of various different cancer types, including non-small cell lung cancer and colorectal cancer, compared with the use of the drugs alone. A systematic review that included 8 studies of IF ranging from 24 to 72 hours found that 63% of the studies (5 of the 8) found that fasting inhibited tumor growth; the remaining 3 found no significant difference in tumor growth compared with animals that were fed a normal diet.4

Another systematic review of several animal studies demonstrated that fasting alone (not combined with chemotherapy or radiation therapy) decreased the rate of metastasis, prolonged survival, and reduced tumor growth, as measured by weight or volume.5

When performed prior to chemotherapy, this systematic review also showed that animals were able to better tolerate chemotherapy with a substantial reduction in toxicities including chemotherapy-induced death.5 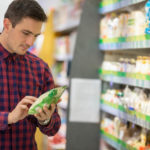