Pomegranate (Punica granatum L.) consumption is an ancient medical treatment for a variety of ailments.1 It contains a unique combination of antioxidants, including polyphenols and anthocyanins. The anthocyanins in pomegranate have greater antioxidant activity than those in red wine or green tea.

Pomegranate and its constituents have been shown to affect cell signaling and pathways involved in inflammation, proliferation, tumorigenesis, and angiogenesis in multiple in vitro studies. Several studies demonstrated that pomegranate extract and juice has anticancer activity in breast cancer cell lines, though no in-human studies have been conducted to specifically evaluate pomegranate as a breast cancer treatment or preventative. 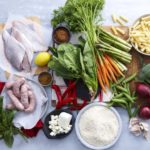