Prostate cancer is the second-most common cancer in men worldwide, yet approximately 70% of diagnoses occur in developed regions.1 In addition to the use of prostate-specific antigen (PSA) screening practices, one hypothesis to explain this global variation is differences in environmental and lifestyle factors. The established risk factors for prostate cancer are advanced age, ethnicity, and family history of the disease. Although some lifestyle factors, such as body weight, are thought to increase the risk of developing prostate cancer, the evidence for this theory is somewhat weak.

This study sought to determine if certain lifestyle choices, such as diet and exercise, are associated with prostate cancer using a method that is thought to effectively identify causal associations.1 Most epidemiological studies can identify associations, but they are typically considered hypothesis-generating and cannot support causal relationships due to unaccounted for or unknown confounders.2

The gold standard for identifying a causal association between an exposure and an outcome is a randomized, controlled trial; however, these types of studies are not always possible because they would be impractical, too costly, or unethical.2

The current study used Mendelian randomization (MR), which is an alternative method that was developed to identify causal relationships. MR uses genetic instrumental variables (GIVs) to enable randomization of subjects. A GIV is most commonly a genetic variant such as single-nucleotide polymorphisms (SNPs), and must fulfill 3 core assumptions: 1) reproducibly and strongly associated with the exposure; 2) not associated with confounders; and 3) only associated with the outcome through the exposure. In this study, the GIVs were SNPs identified from genome-wide association studies of each risk factor for prostate cancer that was included the study.2

MR uses alleles of the GIVs, such as SNPs, to randomly allocate subjects into groups.2 This approach exploits the natural random assortment of alleles within a population, and are therefore not typically associated with confounders. 3 As a result, any association observed between the GIV and the outcome is considered supportive evidence that the exposure is causally related to the outcome.2,3 In this study, the exposure was certain lifestyle choices, such as diet and exercise, and the outcome was prostate cancer.1

There are limitations to MR that can affect the interpretability of the data.3 For example, the GIV may influence the outcome independent of the exposure, which is called pleiotropy. In addition, some MRs may lack statistical power to detect a correlation.

In this study, the authors noted that there were only 2 SNPs that they could use for their allocation of physical activity by average acceleration, which could weaken the causal inference of this association. In addition, there were no known GIVs that could be used for some other risk factors, such as some vitamins, and thus, could not be used for MR evaluation in this study. 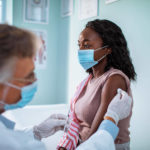