Resveratrol is a polyphenol present in and commonly ingested through grapes, red wine, berries, and peanuts.1 It is also a constituent of some Chinese and Japanese traditional medicines. Resveratrol is reported to have many health-promoting effects, with its potential anti-aging properties initiating its notoriety in the lay press. It is also reported to have anti-inflammatory, anti-oxidative, and anticancer effects. These studies have primarily been conducted in vitro and in animal models.

Though mechanisms of anticancer effects of resveratrol have been identified, the ability to translate these findings to in-human studies is a challenge.2 Resveratrol has low bioavailability in humans. Though it is easily absorbed in the small intestine, it undergoes extensive metabolism resulting in a low plasma concentration of trans-resveratrol.

As a result, various routes of administration have been tested in animal models, including via intravenous and oral transmucosal routes, which increase plasma levels. A micronized form has been developed for human studies, which increases the surface area and solubility of resevatrol and increases plasma concentrations by approximately 3.6-fold compared with non-micronized resveratrol.

Numerous in vitro studies across different cancer cell lines have demonstrated that application of resveratrol results in cell growth inhibition and increased apoptosis.1,3 Several mechanisms have been attributed to these properties. Resveratrol has been demonstrated to modulate cyclin-dependent kinases resulting in cell cycle arrest, particularly at the G0/G1 checkpoint, although some studies have also shown cell cycle arrest at the G2/M and S checkpoints.

Apoptosis appears to be induced primarily through increased caspase activity, though noncaspase-dependent mechanisms have also been reported. Resveratrol has also been shown to inhibit some signaling pathways that frequently aberrant in different cancers, such as EGFR, mTOR/AKT, JAK/STAT, and PI3-kinase. Resveratrol has also demonstrated antioxidant properties and may protect DNA from oxidative damage.4

Studies in rodent models have demonstrated that the topical application of resveratrol decreased the incidence of skin tumors and suppressed melanoma growth, with markers indicating increased apoptosis.1 In other cancer models, oral ingestion through diet, water, or oral gavage resulted in decreased tumor volume, weight, and growth with decreased metastasis and angiogenesis across multiple cancer types including those of the breast, prostate, lung, and colon. Similar results were found in animal models of liver cancer, though most studies used abdominal injection for resveratrol administration. 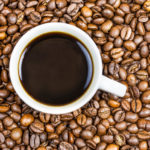