The edible mushroom Lentinus edodes is known as shiitake in Japan and xianggu in China.1 It originated in East Asia, where it grows on decaying trees and figures prominently in traditional medicine, but it is now widely cultivated around the world. It is one of several mushrooms with frequently reported but unconfirmed anticancer properties and other health benefits.2-5

Researchers have studied the cellular and health effects of shiitake extracts and isolated shiitake-derived beta-glucan polysaccharides, primarily lentinan, mainly in preclinical settings.4-9 Nearly all of the clinical studies conducted have been uncontrolled cohort studies with mixed results.

Consumption of raw or inadequately cooked shiitake can cause extensive erythematous rash, an allergic response known as “shiitake dermatitis.”10-12 Symptoms include lines of red skin rash, pruritus, fever, diarrhea, and mucosal ulcers, according to a recent systematic review.11 Merely handling the raw mushroom can cause contact dermatitis.12 Ingestion might also cause eosinophilia and gastrointestinal problems in some patients.13

Animal experiments suggest that consumption of powdered shiitake can cause leukopenia. A study of 7 patients with cancer found that a shiitake-derived nutritional supplement was immunomodulatory, suppressing lymphocytes and monocytes overall but increasing specific lymphocyte subpopulations, such as CD3/CD4 and natural killer cells.8,9

The evidence of beneficial effects for patients with cancer is limited and equivocal.

Preclinical cell-line and animal studies, largely published by researchers in China, suggests that shiitake extracts or polysaccharides like lentinan (1,3 beta-D-glucan) might have cellular-immunity-enhancing, antioxidative, pro-apoptotic, antiproliferative, and P450-enzyme and tumor-cell inhibiting effects.14

Authors of one recent study conducted in China found that a water-extracted shiitake polysaccharide known as SLNT “significantly inhibited proliferation of HT-29 colon cancer cells and suppressed tumor growth in nude mice.”15 A separate study in China suggested that lentinan might synergize with oxaliplatin to inhibit NF-kB, Stat3, and survivin signaling in HepG2 cell lines and H22 tumor-bearing mice.1

“SLNT induced apoptosis by activating Caspace-3 via both intrinsic and extrinsic pathways, which presented as the activation of Caspases-9 and -8, upregulation of cytochrome c and the Bax/Bcl-2 ratio, downregulation of NF-kB, and overproduction of ROS and TNF [tumor necrosis factor]-α in vitro and in vivo,” they reported.15 “These findings suggest that SLNT exerts direct antitumor effects by inducing cell apoptosis via ROS-mediated intrinsic and TNF-α-mediated extrinsic pathways.”

Early clinical research with small patient cohorts, primarily conducted in Japan, suggests that lentinan is safe and is possibly associated with quality of life and survival time for patients with gastric, liver, and pancreatic cancer, but for the most part, these studies have not been confirmed in larger, randomized, controlled clinical trials.16-18

The same research team reported in 2016 that 3 patients with unresectable gastric cancer and liver metastases who received lentinan once or twice monthly plus chemotherapy with cisplatin and either paclitaxel or trastuzumab experienced objective tumor responses (1 complete response and 2 partial responses) — but because this was a very small, uncontrolled cohort study, it is not possible to determine the causal role of lentinan in these outcomes.20

A 2002 meta-analysis of data pooled from 5 clinical trials representing 650 patients suggested a modest increase in OS among patients with advanced gastric cancer who were treated with lentinan with chemotherapy over patients receiving chemotherapy alone (hazard ratio [HR] for OS, 0.8; 95% CI, 0.68-0.95).16

A 2002 cohort study conducted at the University of California, Davis School of Medicine found that shiitake extract did not affect prostate-specific antigen (PSA) levels in 62 men with prostate cancer.21

One randomized phase 3 clinical trial conducted in Japan and published in 2016 found that among patients with gastric cancer, those receiving purified lentinan plus chemotherapy had statistically similar but numerically shorter OS times than patients administered chemotherapy alone (median OS: 9.9 vs 13.8 months; P = .21).22

Despite promising preclinical research, shiitake and shiitake-derived compounds are not linked to improved survival among patients with cancer in large, well-designed clinical trials. 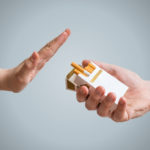 Smoking Cessation for Patients With Cancer