Anticancer Treatment in Vitro and in Vivo

Extracts of St John’s wort have been studied in vitro, and, to a limited extent, in vivo, for the treatment of cancer. Several studies, for example, demonstrated that hyperoside, a flavanol glycoside present in plants of the Hypericum genera, induces autophagy and/or apoptosis in human non–small cell lung and pancreatic cancer cells.7,8 Hyperoside treatment also inhibited tumor growth in mouse models with human lung or pancreatic cancer xenografts.8,9

St John’s wort extract has also been studied as a photosensitizer as a treatment for some tumor types. An in vitro study demonstrated that hypericin, an extract from St John’s wort, combined with photodynamic therapy (PDT) resulted in cell death due to apoptosis in both pigmented and unpigmented human melanoma cells.10 Other studies also found that hypericin treatment induced apoptosis in human squamous cell carcinoma cells and human bladder cells after application of PDT.11,12

One single-arm, in-human study evaluated St John’s wort applied as a topical extract to non-melanoma skin cancers of 34 patients, including actinic keratosis, basal cell carcinoma, and morbus Bowen.13 Lesions were irradiated 2 hours after application of the extract, and the combined extract plus PDT was administered weekly for a mean of 6 weeks.

A case report of a patient who received radiation for adjunctive treatment of head and neck squamous cell carcinoma suggested that St John’s wort supplementation may result in an unusually intensive skin reaction that resolved after discontinuation.14 Though the authors noted that the mechanism is unknown, they hypothesized that it could be explained by the photosensitizing effects of St John’s wort.

There are few in-human studies that have evaluated the effect of St John’s wort as an anticancer agent or a preventative against treatment-related toxicities. In vivo studies suggest that extracts of St John’s wort may have apoptotic effects on cancer cells, but human studies have not been conducted to test this hypothesis. In vitro data indicate that St John’s wort extract is a photosensitizer that induces cell death when combined with PDT, but a small in-human pilot study demonstrated modest benefit with the combination.

Importantly, St John’s wort induces CYP3A4 expression, which can alter the plasma levels of some anticancer agents, such as irinotecan and docetaxel, and a case report suggests that it may enhance skin sensitivity to radiation therapy. St John’s wort, therefore, should be used with caution among some patients, depending on their anticancer regimen. 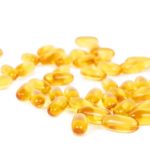