The belief that sugar consumption promotes cancer development and progression is based on the Warburg hypothesis, in which cancer cells preferably produce adenosine triphosphate (ATP) by glycolysis instead of oxidative phosphorylation.1 As a result, cancer cells have increased glucose uptake compared with normal cells.

The NIH-AARP prospective cohort study included 353,751 subjects aged 50 to 71 who completed a food frequency questionnaire and were followed for 13 years.2 The amount of added sugars, defined as sugars added at the table or as ingredients in prepared or processed foods, sucrose, and fructose, were determined.

A protective effect, however, was associated with some types of sugar intake and other cancer types, such as higher levels of total sugar and oral cancer (HR 0.71; 95% CI, 0.54-0.93; P = .01), which may call into question the validity of these findings. 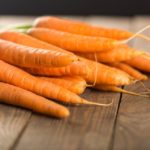