Xylitol is a sugar alcohol used most commonly in oral hygiene products because of its anticaries and anti-inflammatory properties. Few studies, however, have evaluated the role of xylitol as a carcinogen or for the treatment of cancer or cancer-related complications.

Supportive treatment for radiation-induced xerostomia includes oral hygiene and saliva substitutes. Xylitol is included in several preparations that have been evaluated for the treatment of xerostomia.

A single-arm study of 34 patients with radiation-induced xerostomia found that BioXtra, an oral saliva substitute that consists of xylitol, enzymes, colostrum whey extract, moisturizers, fluoride, and lactoferrin significantly improved quality of life scores (P < .001) with a response rate of 77%. There were no adverse events reported.1

Another single-arm study that evaluated 40 patients with radiation-induced xerostomia demonstrated improvement in all quality of life scores (significance achieved in 7 out of 15 domains) and a 45% increase in salivary flow with Xerostom oral products (toothpaste, mouthrinse, spray, and gel) compared with baseline values.

Xerostom products contain xylitol, olive oil, and betaine. The only adverse event was itching among 7% of patients, which rapidly resolved.2

In Vitro Evidence of Anticancer Activity

An in vitro study of lung cancer cell lines demonstrated that xylitol has a dose-dependent inhibitory effect on cell proliferation, which may be achieved through autophagy.3

Xylitol may be an effective agent for providing relief from radiation-induced xerostomia, though the reviewed studies did not evaluate xylitol as a single-agent, but rather in a product with multiple potentially beneficial constituents. 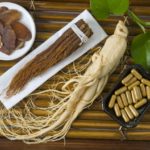