Ewing sarcoma is one of a group of cancers known collectively as the Ewing sarcoma family of tumors. Despite the fact that Ewing sarcoma is a rare form of bone cancer, it is highly malignant and commonly occurs in children between the ages of 10 and 15 years and young adults. The annual incidence is 3 in 1 million in children under age 15 years.

Typically, it affects large bones such as the femur, tibia, humerus, and pelvic bones, and is known to spread to other parts of the body at an early age. At diagnosis, 30% of patients present with metastases to the lungs, bone, or bone marrow. Ewing sarcoma is caused by chromosomal changes that occur after birth, and often has a dismal outcome. For patients with localized Ewing sarcoma, the 5-year overall survival is 70%, but this rate has not changed in the past 10 years. Fortunately, increasing knowledge of its biology is bringing new hope for improved treatments. 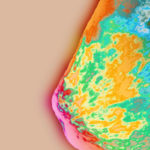